When it’s all over,
It all just comes back in flashes,
It’s like a kaleidoscope of memories.
Everything comes back,
It’s hard to swallow,
Even harder to accept,
Your whole world,
Goes upside down,
The ground beneath,
Your feet feels shaky,
Your hands feel numb,
There is a heart throbbing,
Pain in your chest,
Like a hole has been,
Punched through your chest,
At first you don’t know,
How to react,
Tears don’t come out of your eye,
You don’t believe it happend,
You feel like everything is normal,
It’s hardest to accept,
But later,Tears roll down,
From your eyes,
Each time that one thing,
That changed your life,
Gave you a lesson,
You would never forget,
Comes in your mind.

We have a vintage net arm chair in our house which is more than 60 years old.

My great grandfather had brought it in the year 1949 and since then the chair has been a part of our family.

Being almost 65 years old,the chair is comfortable enough to relax you after a long hard day.

But,everything needs a repair and so did the chair,The net of the chair was losing its grip and my father decided to repair it.Caning had to be done on the armchair.

“A blind man from a charitable trust will be coming home to repair it.” My father announced one evening.

My mind was racing with questions,When my parents finally explained,everyone has an art of doing something.It’s Not only eyes that help you do things.My grandfather also comforted me by saying many years ago,When I was not born he had repaired the chair and it was done by a blind man too.

A couple of days later,the person arrived at our home,He was a 55 year old skinny man.He traveled for 2 hours and 30 minutes to reach our place,but said he was used to travelling more farther.

While drinking a cup of tea and discussing about the way he would repair the chair,My father asked him,If he came home comfortably and how had he written the address of our house as instructed by my father to him a night ago.He said he did not require to write down anything as he now remembered the address of our house,My fathers mobile number only after once being told by my father.He even repeated it,which was a surprise to each member of my family.

As he started his work,He told my grandfather that the wood of the chair was very good and isn’t found these days.We all settled down in the living room and our curious minds racing with questions.My father had asked me to record the old man’s work as he helped him with things he required.But instead the old man asked my father to sit and relax,assuring papa he did not need anything.

My grandfather asked him how he lost his eye sight to which he(the old man) explained that when he was 4 years old he was affected by smallpox which took away his sight.

As he continued doing his work as well as talking to all of us.One thing I couldn’t stop notice was that,his hands were busy caning the net of the chair and his face turned in the direction from where he heard our voice and talked to us with a big child-like smile on his face.

There were about 100-150 people like him with various jobs like making agarbatti (incense sticks),selling chalks to schools and caning arm chairs etc.He told us that there are times where he doesn’t have any work for months but said he was happy with whatever he had.

He thanked my father for being generous and told him that people don’t treat blind people with any respect or courtesy.

After being silent for a long time and only listening to his stories,I finally asked him for how long he had been doing his work? He said it had been 20 years.

He also told me,”Madam,It is my guru’s(Teacher) grace that he taught me this art.” (He joined his hands and his face moved upwards)

He continued saying “When I was 6 year old my parents took me to a school,after the school ended,I waited for my parents to take me home,I waited and cried each day,telling myself that they would return,When finally one day my master told me,they had left me here and would never return.I did not believe him and waited.But,as time passed by i accepted it and stopped crying,My parents don’t exist now nor do I have any brothers or sisters.Its just me and my wife(who too is blind) and I’m happy to spend my life with her.

How do you feel when there is no power supply in your house at night?

It is the same i have felt throughout my life.”

He Loved what he was doing,even though the price he got for it wasn’t enough for people like us to live in today’s world.But,he was HAPPY. 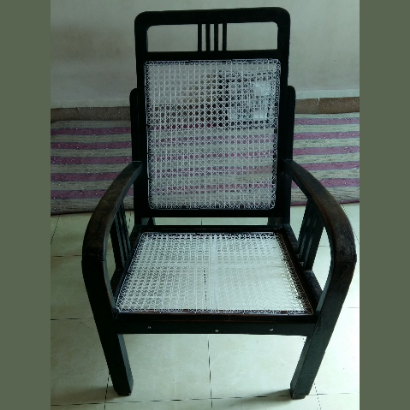 For me its an amazing art. 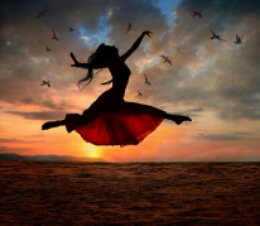 Remember,
You are not a burden on someones shoulders,
You are not what you see yourself in the crowds eye,
You are not the flaws you see in yourself,
You are someone who has survived the pain which put you down.